A Buc Shy of Perfect

For anyone feeling sad this week from the Buccaneers' final-seconds loss playoff Sunday, I am too. This is for us and the Bucs. While this Hen isn't full of cackles this week, the Bucs and the fans deserve an homage to the year, even here on this silly blog.

It strings more because of how close the Bucs came to an unreal comeback win. It hurts more because after winning the Super Bowl last year, anything less than winning it again is a disappointment. It's a gut punch because in spite of unprecedented injuries and adversity all season, the team still won the most games in its history - just missing another Super Bowl win. So while every player, coach, and fan deserves to sit in sadness this week, there's also so much to look back on with pride, as it was another magical season, only without the fairy tail ending.

When the Buccaneers signed Tom Brady to the team, there was one mission: win a Super Bowl. And they did it. So then what? Do the older star players retire at that pinnacle? Or do they all stay together on the team, knowing that if they did, the only thing better than that ultimate Super Bowl win would be a SECOND Super Bowl win? The team chose the latter, and rightfully so. If the coaches and players were all committed, mentally and physically up for the challenge, why not?

We all knew it would be extremely tough to maintain (or exceed) the most elite level of performance for another 6 months, with so many variables that go into every football season. With fewer games in a season compared to other major sports, and a single-game elimination style playoff to the Super Bowl, there is minimal room for error any day, especially in the last 2 months. Every human on that team has to be a near-perfect super human in his role for it to work. 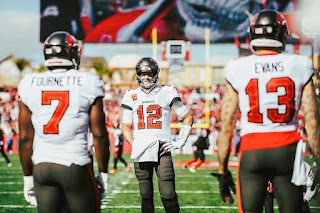 One of the Bucs' keys to success last season was having minimal injuries. This season was the opposite, with a historic number of top players in all positions getting injured and missing games. This forced the backup players to step up into those roles immediately, and they did. Suddenly names we'd never heard before were helping win games, and the team just kept winning.

In this playoff match with the Rams, the Bucs played poorly and the Rams played well for much of the game. Losing by 24 points with less than 30 minutes to play, the game was over for the Buccaneers by most standards. Some fans began to leave the stadium early, and most teams in that position would have started accepting defeat. But this team, now with Tom Brady and group confidence, no longer operates that way. This gritty, defiant team kept playing for that second Super Bowl. While the end result wasn't the miracle outcome, the second half of that game was still magic. To be behind by so many points and to still have any chance to win, let alone tie the game with seconds remaining, was unfathomable. It showed the true character of this whole team and their season - the hearts of defending champions.

In a season like this, ending just shy of another Super Bowl win, the Bucs had so many moments of brilliance to show they were still champions, including this game's comeback. Losing so many players to injury, the Bucs brought multiple players out of retirement, who didn't just play again after minimal practice, they played key roles in multiple wins.* The week of the Rams playoff game, 2 star players also dealt with personal family tragedy on top of their own injuries.** Yet they still showed up fully to the playing field, playing phenomenal games in the fight to win. No observer would ever notice those players' injuries or personal grief by their play.

It's easy to forget that only 2 years ago, the Buccaneers finished another losing season, which had become the norm for over a decade (and most of the franchise's history). The magic of Tom Brady's arrival and the Super Bowl-winning team made it easy to forget how woeful it's been to be a Bucs fan.

The Bucs' massive comeback against the Rams, where a near-magical win ended in a loss, is one of the many sports victories that isn't recorded as a win. There are countless moments in all sports where athletes experience personal victories without winning.

While every player and fan left that emotional game with our heads down in defeat, there was still so much good to take away from that game and the whole season. The electric energy from a full stadium of Bucs fans roaring for a playoff game was truly special in itself. For all the years my younger self always loved and cheered for a dud of a team, I couldn't ever imagine living in Tampa while watching the Buccaneers win a Super Bowl, and attending a few games of that championship season (in the middle of a pandemic). I wouldn't imagine being able to attend every home game (including 2 playoff games) of a defending champions Buccaneers team, witnessing them seconds away from another Super Bowl run. The past 2 seasons have exceeded anything I could ever fathom as a life-long fan of this silly team. So while the team walks away from the season with heartbreak, just shy of a repeat Super Bowl, it's all still been a season to applaud and cherish.

Cheers to you, Buccaneers. You gave it all you had. Until next season. 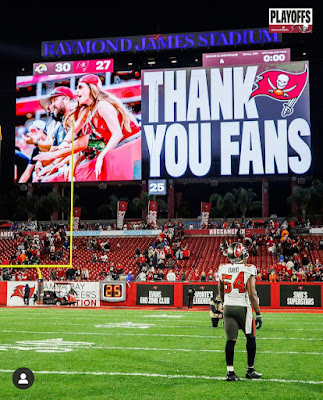 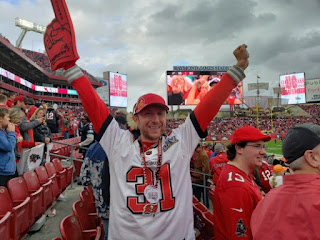 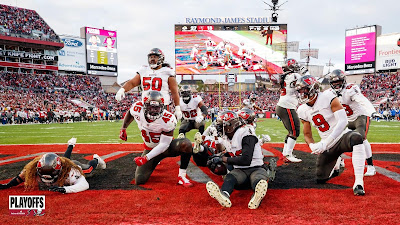 *Richard Sherman and Le'Veon Bell both helped fill spots for injured players and helped win games during the season.

"From Hockey Hater to Lightning Lover"