Life as a Robbie Part III 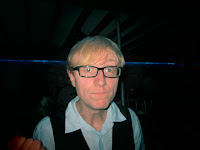 Daily life as a Robbie is my early 20s is mostly smooth sailing now that I fully accept that I can go by Robbie to everyone I meet, but my legal birth name is Robert. Just because my name is always Robert on airline tickets, college degrees and my driver's license does not make me any less of a Robbie. Now those years of therapy just seem silly.

But even as a 26 year old (yes, I said early 20s...) I still run into the unexpected kerfuffle in the name department. Not too surprisingly, my recent name fiasco involved United Airlines. I was about to make a joke involving their "friendly skies" tagline, but evidently they stopped using that slogan in 1996. I don't know what's more staggering - the fact that I stopped paying attention to United's marketing after age 11, or the fact that I paid attention to United's marketing as a child younger than 11.

Home with a Bieber Fever


Much of the world has caught a terrible disease - Bieber Fever. Thankfully my vaccination is still holding strong. Here's why he and his disease bother me:

1. Bieber's new song, "Boyfriend." There's no escaping hearing new Bieber songs, and I was even slightly curious. I thought maybe he's growing as an artist and a boy. While he may have grown a few inches, his only growth as an "artist" is sounding identical to Justin Timberlake when he went solo. I even had to question if Timberlake was featured in the song. He's not - just some blatant copycat-ing. Bieber, just because you share the same first name doesn't mean you're Justin Timberlake. Talk to me when you're over 18. (Wait, he's now 18? Okay, don't talk to me.) He even was brazen enough to attempt that Timberlake signature falsetto. On the plus size, his voice finally changed (or they gave a heavy dose of auto tune), but now there is nothing distinct about his voice or the song. If he hadn't already infected us with Bieber Fever, it wouldn't stand out enough to do anything but be a one hit wonder. Too bad, our medical bills have all skyrocketed.