My public school education in the US led me to believe that most everyone in the world speaks English, and if they don't, they SHOULD. My schools in Colorado, known for as much diversity as skim milk, offered language classes beginning in 7th grade. Spanish was the obviously cool and practical choice, growing up with the base of "margarita" and "chips and salsa." French was for the few smarty pants kids who wanted to feel different or superior, and the German class had 5 students in its prime since no one spoke German in the area. At least the French students could practice their French at The Melting Pot. Mmm, fondue!

It's comeback time for The Cackling Hen! I didn't shave my head or gain 30 pounds during this three-month hiatus, but I did join my first Hens on Ice tour. Being on the road and on the ice full time leaves far less time to write, let alone anything semi-clever, compared to working part time and living in my parents' house. The Hens on Ice world also makes a different kind of blog material. "I spent 12 hours in my skates and three hens fell awkwardly and we all cackled"  doesn't even make a paragraph.

I'll Hold that Scratch Against You

Compact discs used to be cutting edge (even though they're round). Today they are on their way to being dusty memorabilia like records, or possibly just rubbish like cassettes. iTunes has exploded while CD sections in stores continue to shrink. Regardless, I have been a vocal supporter of physical CDs. But if CDs are going to survive better than Rick Springfield cassettes, the production companies need to do something other than gripe at slumping sales.

That Pasta Bowl Does End The commercials for Olive Garden's infamous "Never Ending Pasta Bowl" are back. Yet where are the news stories revealing that this is a bold-faced lie? Cackles aside, I'm hear to bear the truth: it ends.

As a naive college student, my friends and I used to frequent Olive Garden to take full advantage of this "never ending" deal. We saved up for weeks to try to get a few meals out of the $8.95 deal, and our digestive systems could then only process pasta after a few too many weeks on Ramen noodles.

But I Don't Want to Be an Angry Bird

The Cackling Hen will soon be blogging on the road, but no road is hospitable to my current word processor - a three-year-old laptop that's been through many surgeries. It is constantly hooked up to a noisy respirator (aka cooling fan since it's always hot and bothered) and I refuse to test the demanding function of folding down the screen. If it goes black again, I fear it will never come back.

I decided to research netbooks as an affordable, portable and down-right cute option to use the interwebs. I was happy to find that I could get the same storage capacity in a netbook as my current HP on life support for a fraction of the price. But just as I went to purchase the netbook I wanted, I learned netbooks are out. Fail. 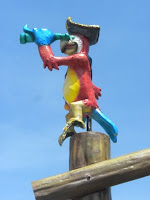 During the cold winter months (or month in Florida) we look ahead to the warm summer sunshine, summer vacations and an excuse to cook hot dogs on the grill once a week. Then summer comes and it's time to beat the heat in any way possible (aside from not grilling - there are hot dogs to cook!). Since air conditioning doesn't help a tan and Snooki's orange skin reminds us the risks of tanning beds, one vacation option seems perfect to punch this summer heat right in the face while enjoying it at the same time: a summer cruise!

Life as a Robbie Part II

I survived middle school as a Robbie partially-scathed. But most importantly, I left with the same name as when I began, and I never wore socks with sandals (after seventh grade). Upon beginning high school, I briefly thought of attempting the name change, but this time I knew Ryan or Dion just were not options. At 15 years old, I knew my only choices would be Rob or Robert. But both seemed too mature and/or boring, so Robbie it was. It had fit me that long and it still did. Who wants to act like an adult as a teenager anyway?

I was adamant about owning myself as a Robbie in high school. I cringed on the first day of classes when the teacher would have Robert on the class list. I corrected them to my preference quickly and awkwardly, hoping no one in my school would ever learn my common birth name. I was even able to convince many that Robbie was my birth name, including the Colorado DMV. I don't know how I got away with having an alias on my driver's license for years, but it was surprisingly easy. Thankfully my next move was to Montana where the DMV shares a parking lot with the local Wendy's. Coming down off a Frosty buzz, the woman gave me no trouble changing my name to something legal on my ID.

Life as a Robbie Part I

It's not always easy being a Robbie. It is easier than being a boy named Courtney or having a 4-syllable Indian name, but it still has its moments even dealing with adults.

It began simple enough. With my birth name being Robert, that seemed a little too mature or formal for a toddler or a kid on the playground. So like thousands or millions (or possibly billions) of others, my parents called me Robbie as a child. Then, it's up to the child to address his name crisis later in life.

Pros and Cons of a Trans-American Family Road Trip


When I first envisioned driving across the country with my dad in a U-Haul, I held images of what happens on the silver screen: deep conversations about life and the world, at least one fight and teary breakdown where I demand to be left on the side of the road, and getting strange looks from rural American truck stop employees because I had washed hair and fake designer sunglasses. While some of this actually happened, U-Haul did not pay for product placement in our lives, so we drove a Budget truck and even had to pay for it.


I took away some valuable lessons from the 4+ days on the road. Hollywood glamorizes driving across America’s bread basket. It’s not always in a convertible with your best friends and America grows far more bread than what could fit in a basket.

The more Sarah Palin talks, the more I like her. But before any reader gets up in arms and ringin’ bells like Paul Revere’s now-mysterious ride, I want to clarify that I now like Palin on the same level I like Paris Hilton.
When Hilton first flooded our TV sets with reality shows and scandal, I objected to the amount of attention she was getting and I wondered why she got attention at all. Then I watched an episode of The Simple Life, which reminded me that I have a soft spot for the unintentional humor of a ditzy blonde. Palin may not be blonde, but her unintentional humor has grown on me like that of Hilton’s. But Palin goes the extra mile of blaming anyone but herself when she twists history into something false or can’t name a single newspaper. Those “gotcha” questions get her every time.
Read More! >>
Posted by Robbie Ice at 2:07 PM 2 comments: