Bernie Sanders is the final candidate to drop out of the busy Democratic Primary race, leaving Joe Biden as the last man standing and the presumed party nominee. For 2016, I created a guide to the Republican Primary candidates that now is a traumatic time capsule I refuse to read again. Since that guide didn't age well, I opted for a recap for this primary. And my catty comments on these wanna-bes won't be relevant for much longer. We've already forgotten about at least half of them.

Let's remember all the fun these losing candidates offered us in the 2020 fight to pick someone better than the current human garbage piece in the Oval Office. In no particular order! ...


John Hickenlooper: Name was too silly to gain credibility.


Tom Steyer: Actor who played the scarecrow in the Wizard of Oz, now with too much money.


Tim Ryan: Name and look too much like a Veep character. Seemed horrified anytime he had to speak on a debate stage.


Michael Bloomberg: Creepy half lizard, half man with way too much money and free time. Slightly less-offensive version of Donald Trump. Tried to purchase presidency. Licked fingers and touched pizza.


Steve Bullock: Reminded or taught us that Montana is still a state.


Pete Buttigieg: Younger, whiter, gayer Obama. Speaks more languages than anyone else in Indiana. First gay candidate to win major party delegates. Became a frontrunner to force people to learn how to pronounce his last name.

Beto O' Rourke: Lost a Senate race to Ted Cruz, thought the next logical step was a run for president. Tried to be the fresh, young face in the race until Pete Buttigieg proved younger, fresher, smarter, and gayer. 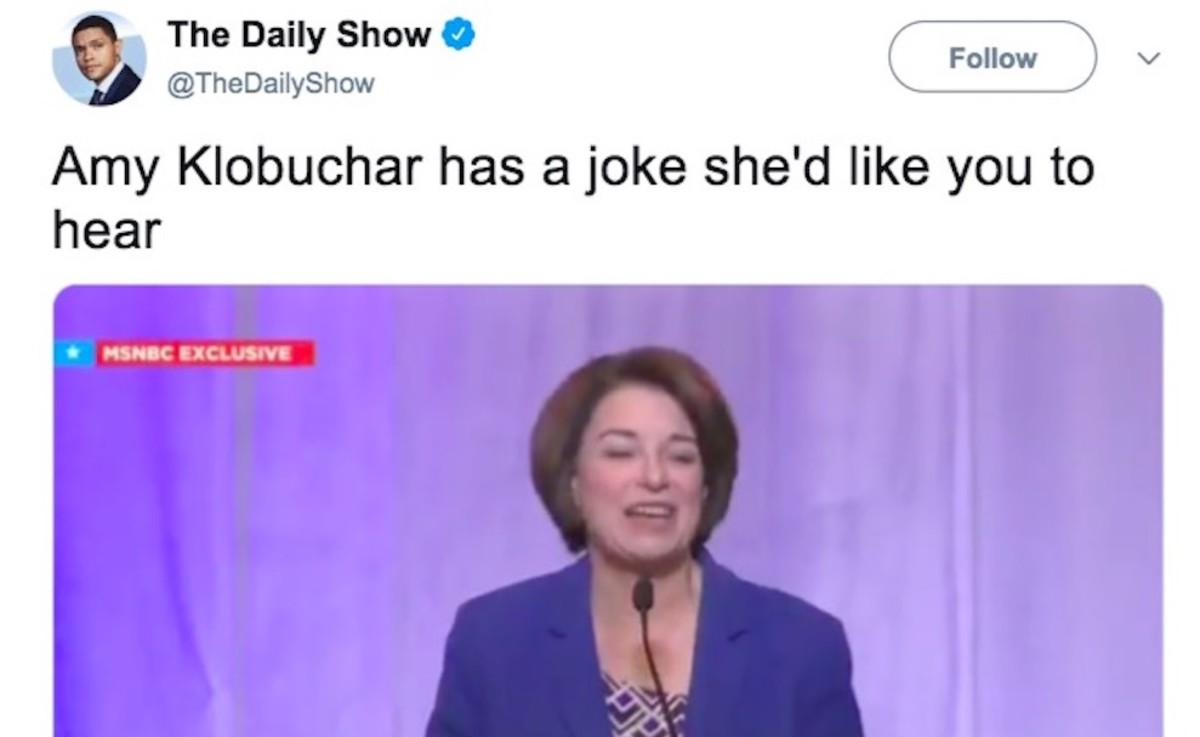 Cory Booker: Most expressive candidate. Likely fun to hang with.


John Delaney: Looked and sounded like a Republican. Probably confused.


Andrew Yang: Everyone scoffed at his proposal for a $1,000 monthly handout except college students. Federal government then stole his idea for Corona Virus relief package.


Kamala Harris: Fiery Senator and former prosecutor who prosecuted everyone on stage. Warren took over prosector role when Harris left the race (see below). A qualified candidates who added great diversity to the Democratic stage. First of all viable minority candidates to suspend campaign, eventually leaving us with 2 old white men. Everyone, including Harris, endorses Biden as our old white man nominee.


Elizabeth Warren: Aside from being a qualified, intelligent fighter, we can all thank her for publicly eviscerating the billionaire lizard man on the debate stage (see Michael Bloomberg above) and helping end his vain run to buy the presidency.


Tulsi Gabbard: Fresh face and reasonably spoken until she turned into Cruella DeVil and refused to drop out of the race for an uncomfortably-long time.


Thank you, clowns, for the intellectual circus. We Laughed. We cried. Let's laugh instead of cry this time in November. VOTE. VOTE. VOTE.


KEEP READING!
TOM BRADY IS COMING TO TAMPA!
When quarantine started all quaint and cute...
Your Guide to Buying a Hen House!