Since assessing how embarrassing my room decor is, I'm home again to the embarrassment after a Hens on Ice rehearsal period. It's always nice to get out of a hotel room and enjoy the comforts of the coop. That is, when those comforts work. As much as I hate leaking hotel room toilets, busted faucets, and sensitive smoke alarms that detect my indoor smoking habit, at least the front desk or fire department will send someone to fix the problem. At home, my parents either cope or don't notice the problems, and they don't like when I call them at work with complaints. These household problems may be trivial and the epitome of "first world problems," but they still piss me off and long for a hotel repairman. 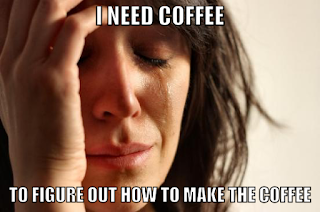 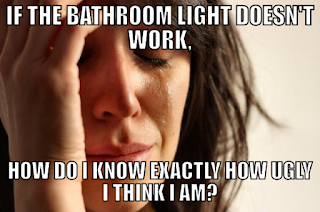 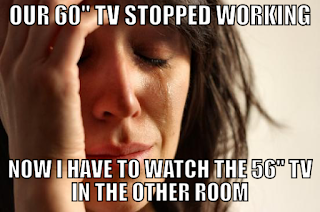 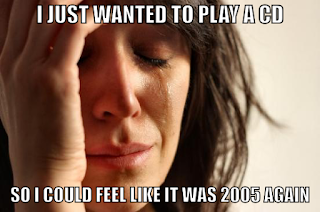 The house is truly falling apart and I'm exhausted. It makes me long for a simpler time of Mr. Coffee, lit bathrooms, TVs that turned on, and CD players without the fickle attitude. I need to move or check into a hotel.