THE END OF THE BEST BAND EVER.

Today's headline was one I never wanted to see: "Zayn Quits One Direction."

Are you kidding me? As if today's surprise snow storm wasn't enough, this bombshell came along to break the Internet. Just kick me while I'm down in the snow, while pouring salt in my wound and blaring Justin Bieber! It's a tragic day in my world, the music world, and just the world. I'm at least coping better than the teenage girls posting their sobbing reactions on social media; I'm sobbing in private as a writer.

Some dramatics aside, I am saddened, and not just because Zayn is my favorite, the most talented, and the best looking. It's the end of an era musically and for my general obsession. I also might have to accept that my favorite artists can't be eternal, and that my amount of Zayn/1D merchandise may be a bit obsessive and qualify me a mental health assessment.


When One Direction came out with their first single, "That's What Makes You Beautiful," I was on my first tour with Hens on Ice, and we also were in the gents' homeland of England (Sure, Niall is Irish, but who cares?). My dear friend SamHentha and I quickly bonded over discovering this new group. What was this new fun song we kept hearing and what was this new boy band? I didn't get too crazy over the boybands of the NSYNC and Backstreet Boys days, so this was my chance as a 20-something to make a complete fool of myself obsessing over a boyband and all of the obnoxious merchandise.

When I returned home from Europe, I was excited to see the band had made it in the USA. They were getting radio play, their albums were selling, and even the obnoxious merchandise made it over the pond. Clearly, SamHentha and I helped launch their popularity in America! You're welcome, 1D.

As One Direction got bigger and bigger, my obsession bordered addiction at times, but I was okay with it. At least it wasn't hard drugs. It's fun to discover new interests and hobbies in life, and following 1D became both of those things for us. It became another common bond I could share not only with SamHentha, but also other good friends who had similarly great taste. We could chatter on endlessly about our favorite members, the new songs, the new music videos, the gossip, and how we could travel life-sized cut-outs over a nine-month tour.

I won't babble on about how great One Direction is...or was; I've already done that. For me, One Direction is more than a talented boy band that was marketed well and capitalized on a niche of the music industry. They'll always remind me of my first year on tour, a new chapter, an exciting adventure, and a happy time filled with fond new memories, new friendships, and a new lifestyle on the road. They're a symbol of how I've grown into my own as a confident adult, and truly don't care about anyone who may judge a 20-something-year-old male hen for obsessing over a boyband like a chickadee. Music connects us to so many memories and periods of our lives. We can remember where we first heard a new music we like, and as long as that artist or group is still making music, we're just a little more connected to that part of our lives, whether it reminds us of being young and carefree, or just triggers certain memories. And when they step away from the spotlight, we have to accept that we are just a little further from that memory in our own lives.

The music industry is fickle, and new acts will continue to come and go. I accept the fact that I'll probably be too old to latch onto the next boyband craze without truly getting that mental health assessment, and that's okay. While the 5-membered One Direction won't produce anymore hits, I can always hold onto their four albums of great music, the nostalgia with it, and that life-sized Zayn cut out that's a little battered and bent in my grandma's bedroom. Thanks for the memories, One Direction. 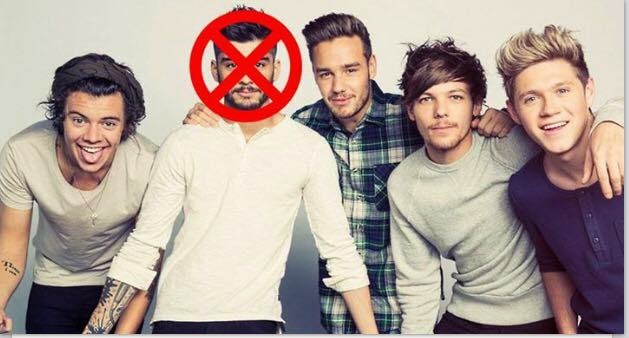 Flying High with One Direction!