The primaries and national conventions are now over for the the 2 major political parties, leaving each candidate just one target to maim and brutalize until November. When my newsfeed isn't filled with babies, it's filled with pictures of that other huge, orange baby who's apparently still running for president. I sometimes aim for original material, but writing about how awful, scary, and orange Trump is epitomizes the expression "beating a dead horse." So I'll keep it simple: Trump sucks. (Read about more things that just suck.)

At least laughter is the best and cheapest medicine. So until we need morphine in October to stomach the 2016 election, let's enjoy some of the beautiful wit of the Internet. I missed the #FamousMelaniaTrumpQuotes fad for article, so I'll settle for some classic Twitter responses to Trump. 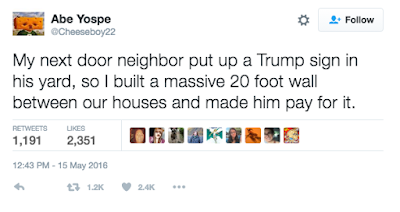 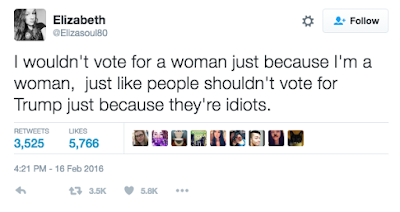 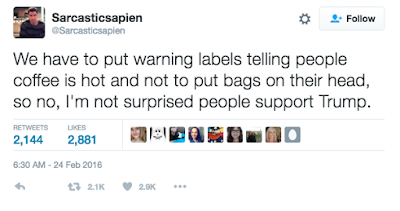 Bravo, Twitter wit. You're making us laugh on the cusp of the apocalypse.

KEEP READING!
"I Quit!"
"The Power of the Unfollow!"